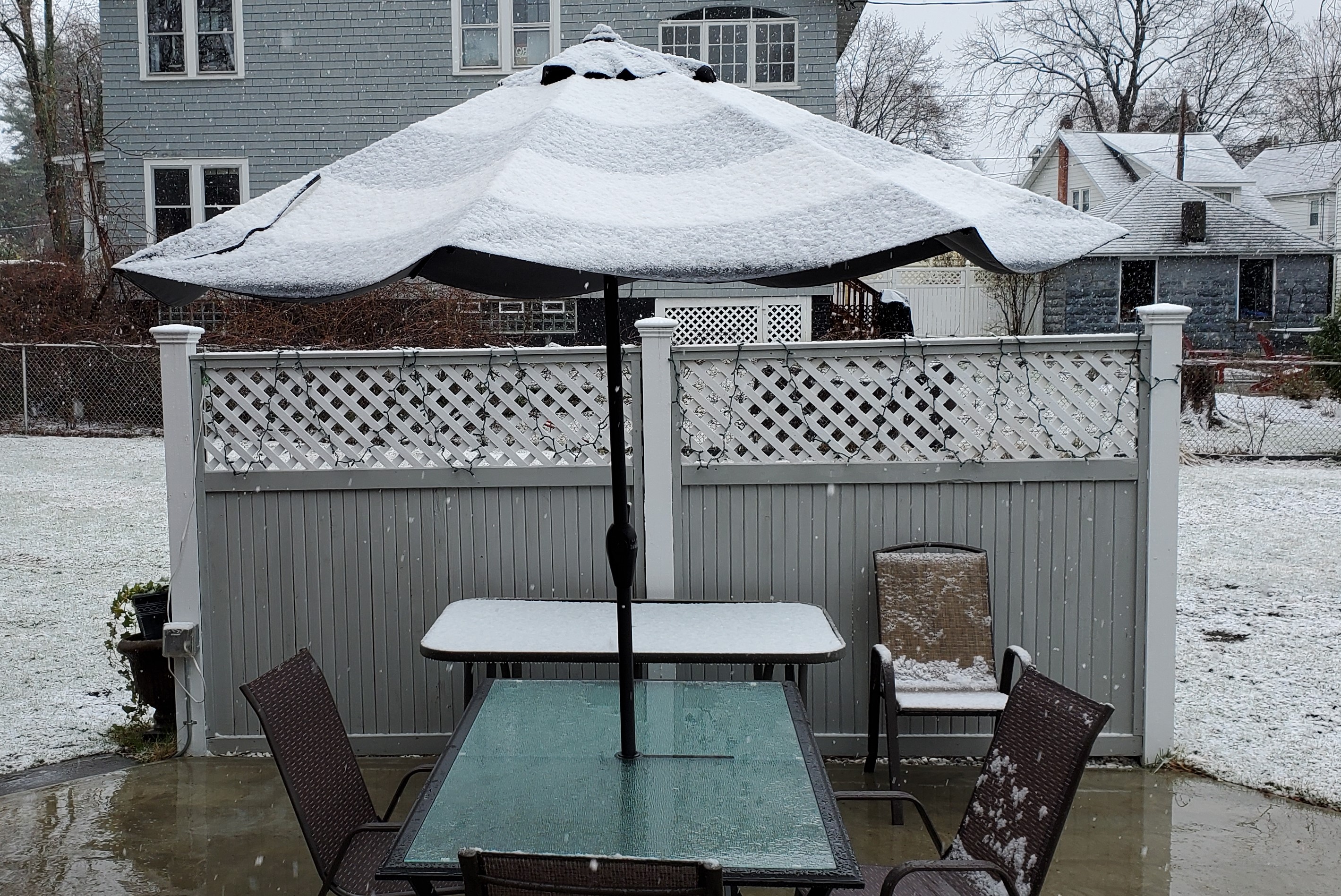 A female character in a play or novel whose late entry into the scene always causes dismay might be aptly named April Snow. Most New Englanders, weary of winter’s cold and darkness, often resent seeing the chilly white snow that coats the ground somewhere in the region just about every year after the first of April. Though it is a common occurrence in northern Maine, the arrival of April snow as far south as Connecticut is rarely welcome. Those people enjoying the first warm, sun-drenched days of spring dread the sight of winter’s last hurrah.
But savvy farmers think otherwise. The beachcomber’s bane is the farmer’s blessing. Each of the huge, soggy spring snowflakes brings free nutrients to the farmer’s field. Only after spring ‘s arrival can snowflakes trap rich nitrogen molecules in the air and force them down to the open fields where they fertilize the newly plowed fields. For free.
One might call that a curressing—that is, something that begins as a curse but ends up a blessing.

Come with me as I ramble through New England towns and back roads, discovering the beautiful land where American Christianity began centuries ago. As we go, let's learn about its rich history, enjoy the charm and beauty of the present, and pray for a spiritual awakening in its future.
Follow New England Ramblings on WordPress.com
Loading Comments...
%d bloggers like this: